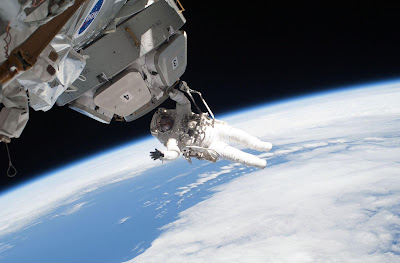 Let me tell you a little about one of our upcoming books and how you can sign up for a chance to win a free copy.

They took something from Dorian McGuire, something precious, and he wants it back.

He also wants his father to leave him be in Armstrong City on Luna, but old Gustave has other plans for his younger son.

Soon, Dorian can count on only three things: his precious something, a lovely green-haired space captain, and what he has always relied on--his McGuire's luck.

This standalone story is the first foray into science fiction by Jordan, who debuted with humorous contemporary fantasy Weird Canyon.

Here's a bit about some of the characters:
I focus on the characters because that's where Jordan shines. Just about everyone in this story wants something, and many of these wants are at odds with each other, leading to satisfying drama.

If you'd like a chance for a free Advance Review Copy of this book well in advance of its 6/1/2018 scheduled release date, sign up here.