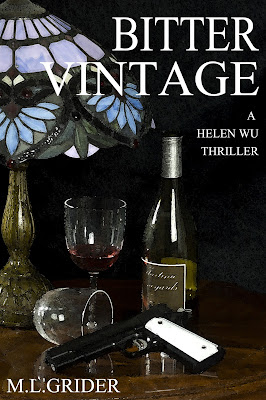 Since my last blog entry, two big things have happened.

I once again got to pondering my lack of an online presence as an author. I didn't have an author website or a dedicated Facebook page or a blog. I didn't know what to post that might be of interest to potential readers. Then I started my new book project, a murder mystery featuring a schizophrenic "accidental" detective, Evelyn Malsage, who gets caught up in political intrigue.

Well, being new to mystery writing is requiring me to learn a lot of new things. One day early in thinking about the project, I became confident that I could blog regularly about something: all that I'm having to learn to write a decent first murder mystery. So welcome to my new blog, Dabbling in Murder, which I have started to publish weekly. This blog I'm pretty sure I'll be able to keep going, because I'm writing posts ahead of time and scheduling their release.

As for the new book, Thursday Night Press has acquired rights to the debut suspense thriller Bitter Vintage by M.L. Grider. This is the story of Amy Dresden, an antique dealer, who while running from a stalker (wealthy vintner Pearce Martini) stumbles into the arms of another woman (firearm dealer and ex-cop Helen Wu).

I decided to acquire Bitter Vintage because Grider has a flair for characterization, such as creating a villain who is frighteningly believable. Stalker Pearce Martini is the center of his own universe and won't take no for an answer. And if money really talked, Pearce would have an enormous mouth. He's a villain I think readers will love to hate.

The book is now in editing. I want to circulate it widely for pre-release reviews, so I don't think it will come out until the spring.